What Is “Confessional” Interpretation of the Bible?

CONFESSIONAL INTERPRETATION is my term for the method of interpretation that takes as its starting point a confession of faith. A confession of faith may be simple or elaborate, personal or communal. Ideally, it should consist of a coherent summary of the main points of biblical theology and Christian duties — things which are to be believed and things which are to be done by Christians under the authority of God's word. Summaries like this can be very useful in the interpretation of the Bible because they help us to bear in mind the overall framework of biblical theology while interpreting any given part of the Bible. 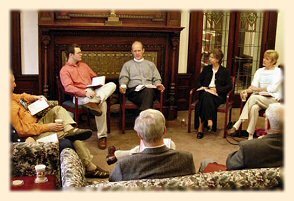 Confessional interpretation is nothing new. It is as old as the Bible itself. Only lately—in the past century or so—has it fallen into the background in theological schools. In former times the writers of commentaries would never have taken up a part of the biblical text without bearing such a confession of faith in mind. When the Protestant reformers rejected the Roman Catholic traditions of interpretation, they did not leave their churches without any guidance in interpreting the Bible; they hastened to provide some carefully framed summaries of doctrine to be subscribed by members of their churches. These were the great Protestant confessions of the sixteenth and seventeenth centuries.

The question, of course, is which confession to use as a guide to the overall theological context of the Bible. There are several historic confessions which may serve as a reliable summary of biblical theology. The choice will depend upon which theological tradition the student stands within. The Second Helvetic Confession, the Belgic Confession, and the Westminster Confession will be useful to Christians in the Reformed tradition. Baptists can use the 1689 London Baptist Confession (a revision of the Westminster Confession) or the simpler and more recent Baptist Faith and Message statement (2000).

It is my opinion that in the past century or so, summaries like these have been sadly neglected, with the result that many people are set adrift in all sorts of ephemeral popular literature purporting to explain the Bible or promising to equip readers to accurately interpret it by themselves. There are some useful books on interpretation, and I have listed many of them in an annotated bibliography, but no manual of interpretation can possibly equip readers to accurately interpret the Bible “from scratch” if they lack a knowledge of the languages or of the historical background of the biblical writings. Students who lack an education in systematic theology will also fail to see the implications of certain interpretations which may seem good at first sight, but which cannot be right if the Bible is to be seen as theologically coherent.

A word should be said here about Christians who want to reject all use of creeds and confessions, on the notion that they have "no creed but the Bible." Against this attitude, I think that A.A. Hodge gives a very convincing reply:

Men must interpret to the best of their ability each particular part of Scripture separately, and then combine all that the Scriptures teach upon every subject into a consistent whole, and then adjust their teachings upon different subjects in mutual consistency as parts of a harmonious system. Every student of the Bible must do this, and all make it obvious that they do it by the terms they use in their prayers and religious discourse, whether they admit or deny the propriety of human creeds and confessions. If they refuse the assistance afforded by the statements of doctrine slowly elaborated and defined by the Church, they must make out their own creed by their own unaided wisdom. The real question is not, as often pretended, between the word of God and the creed of man, but between the tried and proved faith of the collective body of God's people, and the private judgment and the unassisted wisdom of the repudiator of creeds.

The reader who is unfamiliar with historic creeds and confessions will do well to read Hodge's Short History of Creeds and Confessions on this site, from which the above paragraph is taken.